Covid-19 Nepal: Reviewing, and not repeating, mistakes of the 2nd wave is essential 
While the second wave of Covid-19 gradually losing its strength in Nepal, experts have already warned that a third wave would hit neighbouring India in October. In Nepal too, the risk of a third wave remains high. The number of cases has not significantly dropped.

Hence, it is high time that Nepal reviewed its mistakes so that they would not repeat in the future, according to stakeholders and experts.

The second wave in Nepal

Public health experts are of the view that the government should not repeat its old mistakes. Until the infection reaches zero in the community, the epidemic will spread and new variants will be reported, warns Dr Sudip Khadka.

According to data from the Ministry of Health and Population, the second wave–from April 1–onwards has infected more than 4.3 million people and killed about over 6,500.

On February 24, India released a report that analysed seven days of Covid-19 cases and found that 10 people were infected per one million of its population, a clear sign that the epidemic was on the rise. And 46 days later, on April 11, 10 out of every 1 million people in Nepal were found infected.

The number of Covid-19 deaths on March 7 was zero across the country with just 47 new infections.

Those 46 days and the government’s negligence and inaction proved detrimental for the Covid-19 situation in Nepal. Experts say Nepal should have acted swiftly as soon as India showed signs of the second wave; strict surveillance at the border, strict testing guidelines, and testing at the community level. But, the government did not do that.

On April 1, in India, there were 50 cases per million population and it took just 10 days to see double that number. After a month, it reached 200. In Nepal, it took five days for cases to go from 50 to 100 and additional seven days to go from 100 to 200. Similarly, India took 74 days to see 283 cases per million whereas, in Nepal, it took just 30 days. This shows that the spread of the infection is faster in Nepal than in India.

While the government of Nepal was making claims that the Covid-19 infection had been brought under control, the country witnessed the second wave of the virus. The then Prime Minister KP Sharma Oli had repeatedly claimed “Covid-19 is not a serious issue” and the health system under his guidance got a reality check with a great loss of lives and property.

Due to the negligence of the state, thousands of citizens became infected; many lost their lives without treatment; others committed suicide; many suffered from mental health problems due to loss of employment and business. But, the exact number of such people has not been ascertained yet.

But, why did Nepal face a dire situation when experts warned of a second wave? Where did Nepal go wrong despite having enough time to prepare?

Even before the first wave subsided completely, the House of Representatives was dissolved on December 20. And, an undeclared competition boomed between the ruling and opposition parties to bring more activists and supporters to the streets. Then came the festivals, travels, and family gatherings that started taking place, helping to spread the dormant infection in the community.

Meanwhile, the political leaders of all the parties did not refrain from holding conferences, inaugurations and programmes.

Public health expert Dr Sharad Onta adds the government and political parties took suicidal steps and turned ignorant, adding to the damage in the second wave. People dying due to lack of beds, ICUs or ventilators and oxygen is the government’s failure, he adds.

Furthermore, according to Dr Bishal Bhandari, a public health scientist, “The government’s biggest mistake was to impose a sudden ban (the lockdown) without preventing the spread of the infection at the community level.”

Before India acknowledged the second wave, the death rate in Nepal was 1.43 per cent. Even when people were infected and faced a shortage of oxygen supplies, the death toll was still limited to 1.25 per cent. But, Nepal’s mortality rate rose to 1.7 per cent in the second wave, which is higher than that of India.

Global data also shows the death toll declined in the second wave. However, it increased by 100 per cent in Nepal. Dr Khadka also adds that compared to other countries, Nepal suffered major losses due to a lack of oxygen and beds as well as a lack of quantitative and qualitative health care.

According to the World Health Organization (WHO), the positivity rate should be below 5 per cent. If the positivity rate can be kept below 3 per cent, then the pandemic is considered under control. Only in the last week of April, the Ministry of Health called for high vigilance, saying there were signs of danger.

The identified number of daily-infected people reached around 5,000 and a prohibitory ban was imposed in several districts from the third week of April, but the pandemic had already engulfed the country. And, prohibitory orders were imposed in 14 of the most affected districts starting April 20.

Failure to analyse the pandemic

One of the main reasons behind the damage inflicted was the failure to collect, analyse and report the epidemic data. According to Dr Khadka, most of the tests that took place in Nepal before April 1 were for people going for foreign employment or international travel, who were already careful not to get infected before the test. This, Khadka says, did not paint the right picture of Nepal’s situation. And, given there was an error in the analysis, the plan was not sufficient, says Dr Kedar Baral.

There was a lack of coordination between the three tiers of government. Experts say the so-called smart lockdown is another mistake as shops and institutions were opened, even crowded. There was heavy traffic, and the decision was not taken after ample monitoring or analysis.

Government officials argue that the spread of the contagious Delta variant (B. 1.617.2) is the reason that the death toll increased. But India, where this variant was originally found, has a lower mortality rate than Nepal.

Bhandari says people had to pay the price. He blames the ministries for not closing schools, for leading thousands of people to rally and the Supreme Court for issuing orders to hold the festivals.

A former head of the Epidemiology and Disease Control Division, Dr Baburam Marasini, adds the second wave was more damaging because of the insensitive leadership failing to take the responsibility. He adds neither the public nor the private sector did exemplary work to stop the spread of the virus or control the epidemic.

Banke that saw a similar outbreak of the second wave like it was in Delhi, was also left to suffer. Within the next few days, hospitals in Kathmandu valley as well as in Butwal, Dhangadhi and other big cities were filled with infected people. Kathmandu’s Sukraraj Tropical and Infectious Disease Hospital, Tribhuvan University Teaching Hospital and others treated patients at the hospital premises whereas many other hospitals were unable to provide necessary medical attention to them.

Due to the lack of beds and oxygen at hospitals, hundreds of thousands of people were ‘on hold’ in home isolation, until they reached the final stage. The TUTH Covid-19 coordinator Santa Kumar Das says many patients who could have been saved could not be saved because of their late arrival at the hospitals. The data suggest more than 80 per cent of the deaths occurred in three to five days after patients reached the hospitals. Furthermore, the government’s preparedness proved weak.

The lack of ‘risk communication’ became another reason. The prime minister continued to claim that overcoming the Covid-19 was possible by eating guava leaves. The general public turned ignorant to Covid-19 impacts.

The government did not take steps to make the treatment scientific or bring uniformity, there was also misuse of Remdesivir and plasma therapy as well as medical negligence, Dr Khadka explains.

According to the joint spokesperson of the Health Ministry, Dr Sameer Adhikari, the number of infected people peaked four times more than the capacity of the health system, in the second wave.

Health Secretary Laxman Aryal also admits that the damage increased as the government failed to manage the infrastructure on time, maximise complementary control methods, and just relied solely on medical services, which was not enough for the rate of infection.

The danger is not over

At the peak of the second wave, the number of daily new cases exceeded 9,000 with a positivity rate of about 45 per cent. After two months of the lockdown, the infection rate dipped to 2,000 cases and the infection rate became less than 20 per cent. This infection rate is unsatisfactory, given the two-month ban, says infectious disease specialist Dr Anup Subedee. He explains a lack of testing, non-compliance with public health standards and the spread of two variants at once caused the infection rate not to fall as expected.

But, the ban has been relaxed across the country, including in the valley. Public transport has come into operation. However, the rate of infected people in accordance with the tests is still between 20 and 25 per cents.

Public health experts say that public health standards need to be adhered to, and tests should be stepped up because the risks are still the same and the Delta Plus variant is seemingly more contagious.

For this, Dr Khadka says, community-level testing should be more frequent and strict if there is an infection in the community.

Experts believe that the fight against the new variants is possible if there is strict monitoring in the border, managed institutional isolation and analysis of available data. If the preventive efforts are expanded and made stronger, experts attest that the country does not have to depend on the already weak treatment services.

Another infectious disease specialist Dr Janak Koirala adds the Covid-19 response can be strengthened if there is adequate infrastructure and human resources. “Many died in the second wave due to various reasons. Let’s not make the same mistake again in the third wave. Preparation is the key.”

According to Dr Sher Bahadur Pun of Sukraraj Tropical and Communicable Diseases Hospital, 90 per cent of the people infected in the second wave were not vaccinated. But, those who received one dose of the vaccine and were admitted to the hospital did not reach a critical stage. “It takes time for the infection to reach zero, and those who have not yet been infected or vaccinated are at risk,” he says, stressing the need for a wider and impactful vaccine campaign before the third wave. 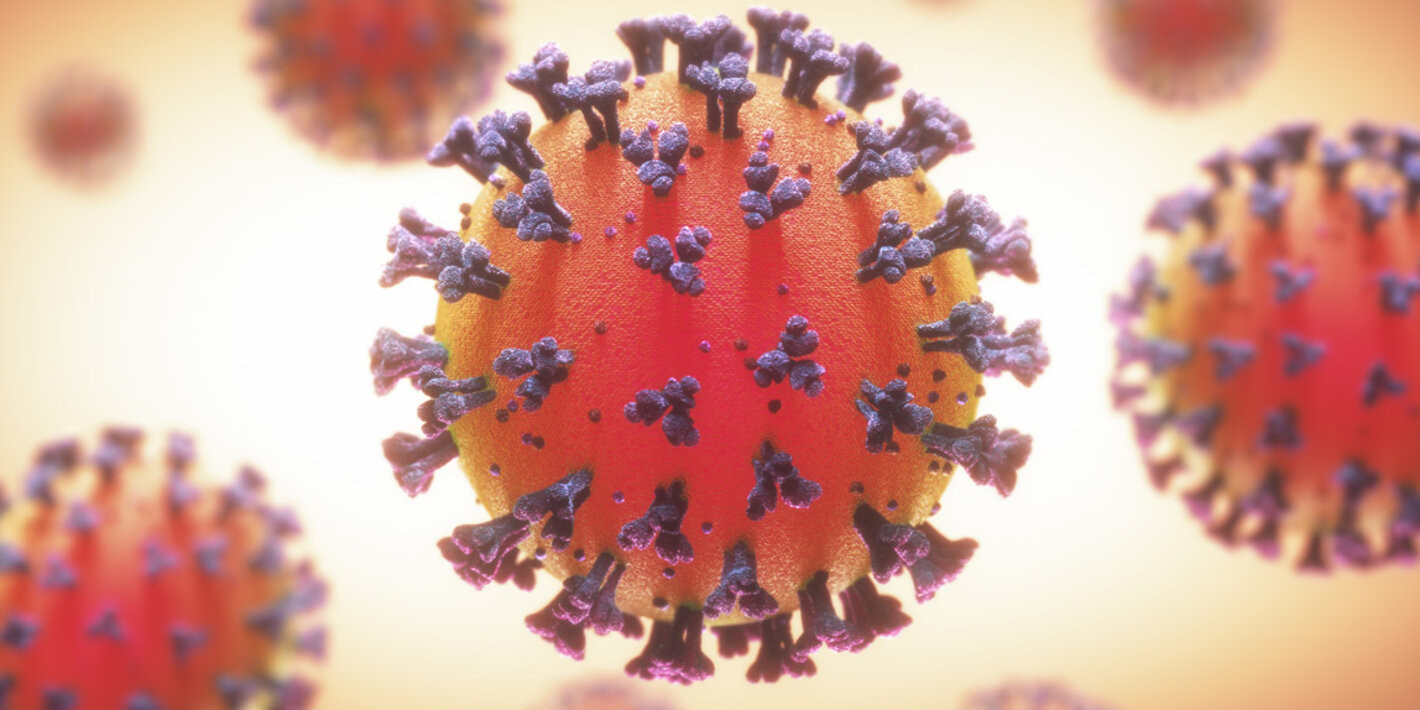