Deuba sworn in as PM, 4 ministers also sworn in 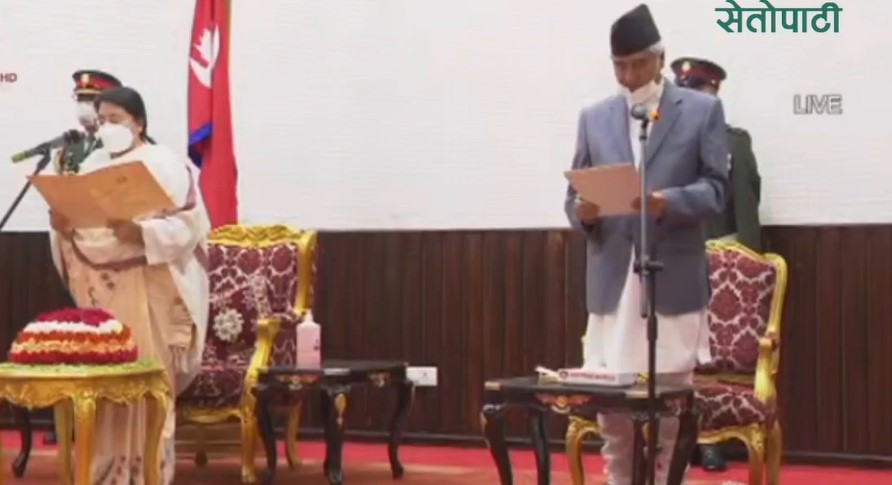 
Sher Bahadur Deuba has been sworn in as prime minister |(PM) Tuesday evening.
President Bidya Devi Bhandari administered oath of office and secrecy to Deuba amidst a ceremony that was delayed for over two hours over omission of the article of the Constitution by the President’s Office in the letter issued to appoint him.
President Bhandari then administered oath of office and secrecy to Bal Krishna Khand (home) and Gyanendra Karki (law) of Nepali Congress (NC) and Janardan Sharma (finance) and Pampha Bhusal (energy) of CPN (Maoist Center) in presence of PM Deuba.
Deuba was invited to the Shital Niwas for the swearing-in ceremony at six in the evening but the ceremony started after 8:15 in the evening. Deuba asked for correction of the letter through Chief Secretary Shankar Das Bairagi.
The appointment letter issued by the President’s Office mentioned that Deuba has been appointed PM as per the Supreme Court (SC) verdict of Monday and did not mention the Article 76(5) of the Constitution in accordance to which the Apex Court ordered appointment of Deuba as PM.
Outgoing PM KP Sharma Oli did not attend the swearing-in ceremony while former PMs Pushpa Kamal Dahal, Madhav Kumar Nepal, Baburam Bhattarai, and former chairman of council of ministers Khila Raj Regmi reached the Shital Niwas for the ceremony. 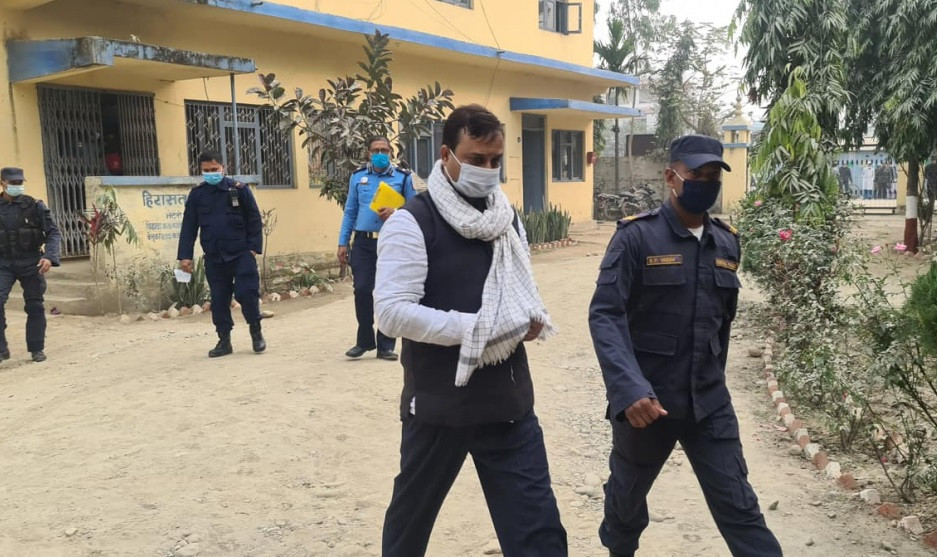