Hearing on other petitions only after verdict on Deuba's 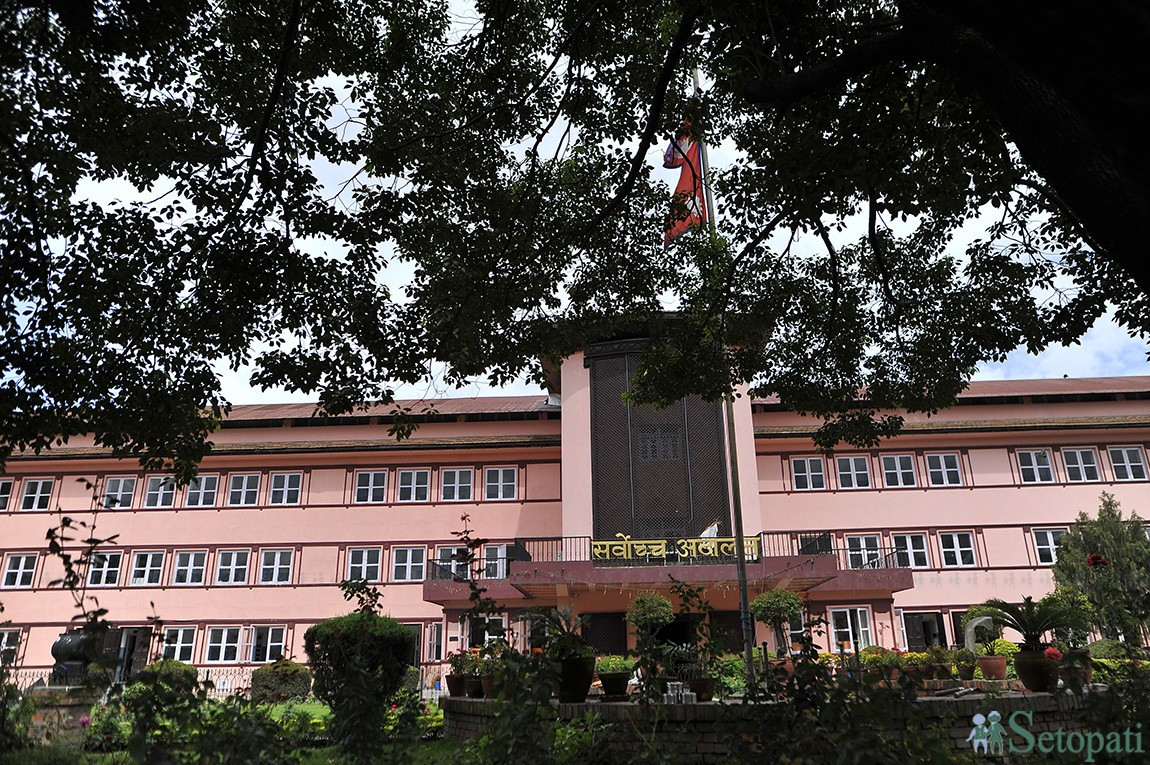 
The Supreme Court (SC) will hear and give verdict on the 30 petitions related to House dissolution in two stages.

The constitutional bench that issued show cause notice against the defendants in all 30 petitions on Wednesday will first hear the petition filed by Nepali Congress (NC) President Sher Bahadur Deuba and others demanding Deuba be appointed prime minister (PM) as per Article 76(5) of the Constitution. It will start hearing on other 29 petitions including that filed by Deepak Raj Kandel only after giving its verdict in the petition of Deuba.

The bench will conduct continuous hearing on the petition from June 23 and has allocated time for written response, pleading note and time allocated for arguments in the written order. “The persons with direct stake and relation with House dissolution have come for the judicial process seeking constitutional recourse. It seems necessary to prioritize the writ petition filed by 146 persons in comparison to petitions submitted showing public interest, and accordingly arrange for appropriate process and conduct hearing process for the dispute,” the bench has said issuing order in the petition of Kandel.

The petitions basically have three kinds of demands. The first demands House reinstatement and appointment of Deuba as PM, the second House reinstatement and appointment of KP Sharma Oli as PM. And the third revocation of Oli’s recommendation to President Bidya Devi Bhandari to initiate the process of forming new government without seeking the floor test or resigning as PM.

The SC could have given a single verdict in all three kinds of petitions had it heard the 30 petitions together. But by deciding to first hear about Deuba’s petition it can give verdict only on his petition. It can also speak about the petitions demanding Oli be appointed PM while delivering verdict in the same petition.

Some legal experts say that the Apex Court may also speak about whether Oli, who was appointed PM as leader of the single largest party as per Article 76(3) after failing to pass floor test on May 10, should have sought the floor test or resigned before recommending President Bhandari to start process for new government as  per Article 76(5) while giving its verdict on Deuba’s petition.

“The court can speak whether PM Oli should have sought floor test in the petition of Deuba even if it has not demanded so. Such order can be issued as this is not a personal issue but a matter of public interest,” a senior advocate said requesting anonymity because he has been pleading in the case.

The senior advocate added that the court can also only speak about Deuba’s demand without entering the matter of floor test. The court can hear other petitions related to House dissolution after that.

The Deuba’s petition basically has four demands. The first is revocation of the decision of President Bhandari that Deuba’s claim for appointment as PM as per Article 76(5) of the Constitution is not justified instead of appointing him as PM. The second revocation of the decision of President Bhandari to dissolve the House and announce election pointing that the new government could not be formed. The third appointment of Deuba as PM as two parties and the majority of lawmakers have signed in support of him. And the fourth an order prohibiting the parties concerned from punishing the supporting lawmakers.

The 146 lawmakers had all reached the Apex Court to authenticate their signatures to register the Deuba’s petition. This is the first time that majority lawmakers turned up at the SC premises demanding formation of government. The staffers at the Apex Court took cognizance of the fact and could be seen capturing the historic moment in the camera.

NC President Deuba had reached the Shital Niwas with list of 149 House of Representatives (HoR)  members including 26 lawmakers from the Khanal-Nepal faction of CPN-UML, 12 of the Yadav-Bhattarai faction of Janata Samajwadi Party (JSP) and one from Rashtriya Janamorcha on May 21 staking claim for formation of government.

But Oli reached the Shital Niwas before Deuba and staked claim for the government falsely claiming that he has support of 153 lawmakers including 121 CPN-UML lawmakers and 32 of JSP just a day after telling President Bhandari to go for formation of new government in accordance to Article 76(5) of the Constitution pointing he does not have numbers to pass the floor test.

Oli had repeated that he did not opt for floor test as he does not have majority during his press conference with editors of media outlets that was broadcast live across the country less than a couple of hours before staking claim with President Bhandari saying he has support of 153 lawmakers.

But President Bhandari did not appoint Deuba as the PM pointing at the false claims of Oli.

Issuing a notice just before midnight on May 21, she reasoned that Oli cannot be appointed PM as 26 lawmakers of CPN-UML and 12 of Janata Samajwadi Party (JSP) that he included in his claim to contend that he has support of 153 House of Representatives (HoR) members signed in support of Deuba.

Calling an emergency Cabinet meeting just minutes after President Bhandari said that none of Oli and Deuba can be appointed the next PM, Oli recommended President Bhandari to dissolve the House and hold the election in two stages on November 12 and 19.

President Bhandari then issued a statement in the wee hours of May 22 to dissolve the House and announce the next election as per recommendation of the Cabinet.

The opposition parties then jointly moved the SC demanding Deuba be appointed PM.

All the 149 lawmakers apart from Gokarna Bista, Pavitra Niraula Kharel, Raj Bahadur Buda and Ganesh Pahadi who were among 26 of the Khanal-Nepal faction to sign in support of Deuba on May 21 signed on the writ petition while Kalila Khatun, who hadn’t signed on May 21, signed on the petition.

The strength of HoR before it was dissolved was 271 after Maoist Center expelled four lawmakers who joined CPN-UML after the Supreme Court (SC) invalidated unification of UML and Maoist Center on March 7.

UML had 121 lawmakers including those of the Khanal-Nepal faction, NC 63 (but two are suspended), Maoist Center 49 (excluding Speaker), JSP 34 (including two suspended) and three lawmakers were independent.

The parties had to muster support of 136 lawmakers for majority. 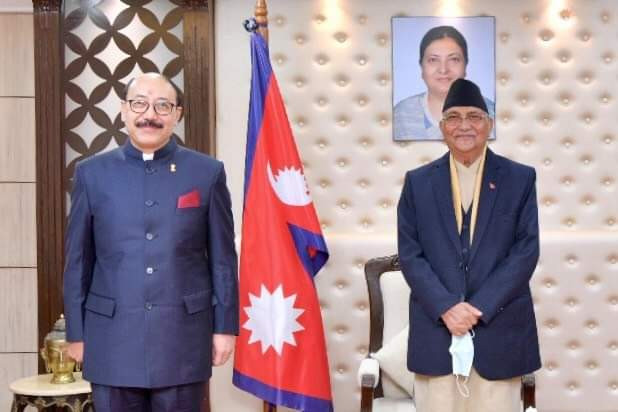