About 100 metres away from [Seto] Machhindra Bahal or Janabahal towards Ason, there is an old house on the left, with broken glasses and a thatched roof. The house still houses Tilinga Ayurvedalaya, a decades-old Ayurvedic pharmacy, on its ground floor, along with some other shops.

This house is known as Tilinga Ghar by some and Paltan Ghar (platoon house) by others. But, its old name is Manmandir.

It was built by the military commander Abhiman Singh Basnet to house himself and his troops. It is in this very house that historians found King Prithvi Narayan Shah’s Divyopadesh, a handwritten compilation of his messages to his subjects.

The year was 1767 when the Gorkhali army (the army of Gorkha, the kingdom of Prithvi Narayan Shah) captured Kathmandu.

On the day of Indra Jatra, when all the people of Kathmandu were busy in celebration and the procession, the army attacked and captured the state, yet they never interfered in the culture here.

As soon as Prithvi Narayan Shah captured the kingdom, he first bowed his head before the living goddess, Kumari. And because he accepted the culture of this place, the locals also accepted him as their king, as suggested by various historical documents.

After the unification of Kathmandu, the Gorkhali army and its main allies expressed their desire to stay in Kathmandu and subsequently chose different places in the city for their settlements. Among them, military commander Basnet chose Keltole as his residency area.

During the war, everyone from the army chief to the king used to go to fighting. And, the army had to be kept together and close for any possible attack. However, there was no barracks-like structure then to house the soldiers. So, commander Basnet used to house 73 soldiers in his own house, at Keltole, says former Nepali Ambassador to Malaysia Dr Niranjan Man Singh Basnet, a sixth-generation descendant of Abhiman Singh.

He also is of the opinion that the icons decorated on the front face of the Paltan Ghar probably belong to the soldiers who stayed in commander Basnet’s house.

According to Dr Basnet, the house was built some 245 years ago. “Built in 1833, the building has been used for various purposes from time to time. Many natural disasters have occurred, but the house did not collapse.”

Abhiman Singh Basnet was born in 1744. When he was two years old when his father, Shivaram Singh Basnet, was killed in a battle. Then, the royal court used to take care of the family and children of the soldiers killed in the war. And, this allowed Basnet to grow up under the direct supervision of Prithvi Narayan Shah.

This is mentioned in a book written by Niranjan Man Singh Basnet about the contribution of Sripali Basnets in the unification of Nepal.

Abhiman Singh Basnet’s war life started from the battle of Siranchok in 1755. He had only turned 11 then. Later, starting in 1762, he started to fight the battle along with other Gorkhalis including the battle against the British army in Sindhuli and the first battle in Kirtipur.

He was stationed at Harihargadhi when the British army officer Bruce Kinloch attacked Sindhuli.

After Gorkhalis conquered Kathmandu, he came here and built the Paltan Ghar. He first built the house for the purpose of meeting guests.

There were large Iranian carpets on the first floor and Belgian glass windows. Dr Niranjan Man Singh Basnet claims that it was the first house belonging to a common citizen to have glass windows. The meeting room, where Abhiman used to meet local and foreign guests, was decorated with various decorative items.

Meanwhile, the Tilinga Ayurvedalaya still in operation on the first floor today has almost the same old history as the Paltan Ghar. Vasukrishna Vaidya, the pharmacy’s manager, says the dispensary was started by his ancestors in 1775.

But, the space of this Ayurvedalaya today is shrinking.

The house originally built by commander Basnet had seven squares. They all were built three floors high at equal distances. One can also see that houses in the area were connected through the verandah.

Later, they built more than a dozen houses around the seven squares. Nonetheless, it is still not clear in which house Abhiman Singh Basnet lived. Also, with the larger houses built in the vicinity in a modern style, the seven squares of the building have now been limited to three squares and three houses, thanks to encroachment.

At present, there stands the platoon house, in a dilapidated state in front of Narayan Chok and another at Ganesh Chok.

The seven squares became non-existent as soon as the Basnet family sold them.

Use of the Paltan Ghar

Abhiman Singh Basnet was active in various wars in different parts of the country. He died in 1800 at the age of 55. Then, the house ceased to exist as a military base.

As per the known historical documents, the house was later developed as a wrestling arena for fighters during the reign of King Rana Bahadur Shah. The king himself used to visit there to witness the fights on the first floor of the house.

According to other documents, in the time of the then Prime Minister Chandra Shamsher, the house was still named after five descendants of commander Basnet. When those five met Chandra Shamsher in Ason, the former had saluted the premier without getting off their horses. Upon this, Chandra Shamsher had sentenced them to death.

After that, the house was nationalised. And today, the house is named after the eight brothers of Dhokal Singh Basnet family. However, no document has been discovered yet regarding how the government-owned property was transferred in the name of Dhokal Singh’s descendants, says Dr Basnet.

Yet, it is known that the owners then sold most of the houses to Joshis and Pradhanangas (Malla) of Bhaktapur.

According to the Ancient Monuments Preservation Act, 2013, one needs permission from the Department of Archaeology before reconstructing any building or monument that is older than 100 years. The Act stipulates that such houses have to be rebuilt in the same old style as far as possible. The department now has shown interest in the reconstruction of houses at Narayan Chok as per the Act.

A few years ago, the house owners had shown interest in reconstructing the house in a new model as well. But, due to a lack of understanding between the brothers and the DoA’s interference, the reconstruction of the house has been stopped for a long time, says local resident Nepal Kumar Mishra. Meanwhile, an agreement has been signed to rebuild the house by maintaining the original face of the building, under the supervision of the DoA.

This group is trying hard to revive theatre culture in Dharan 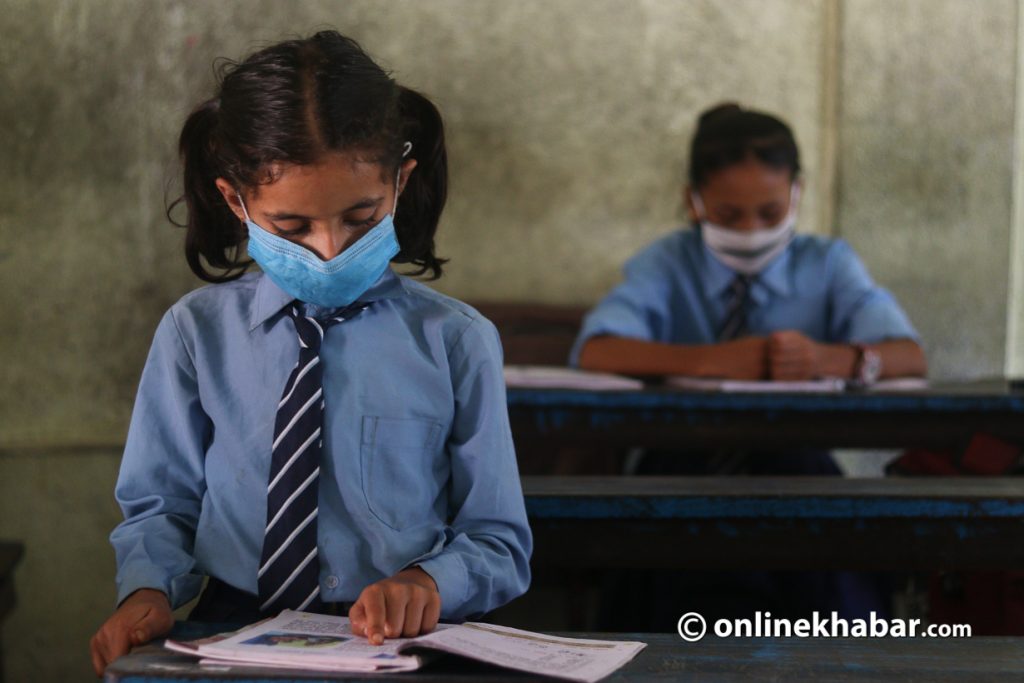