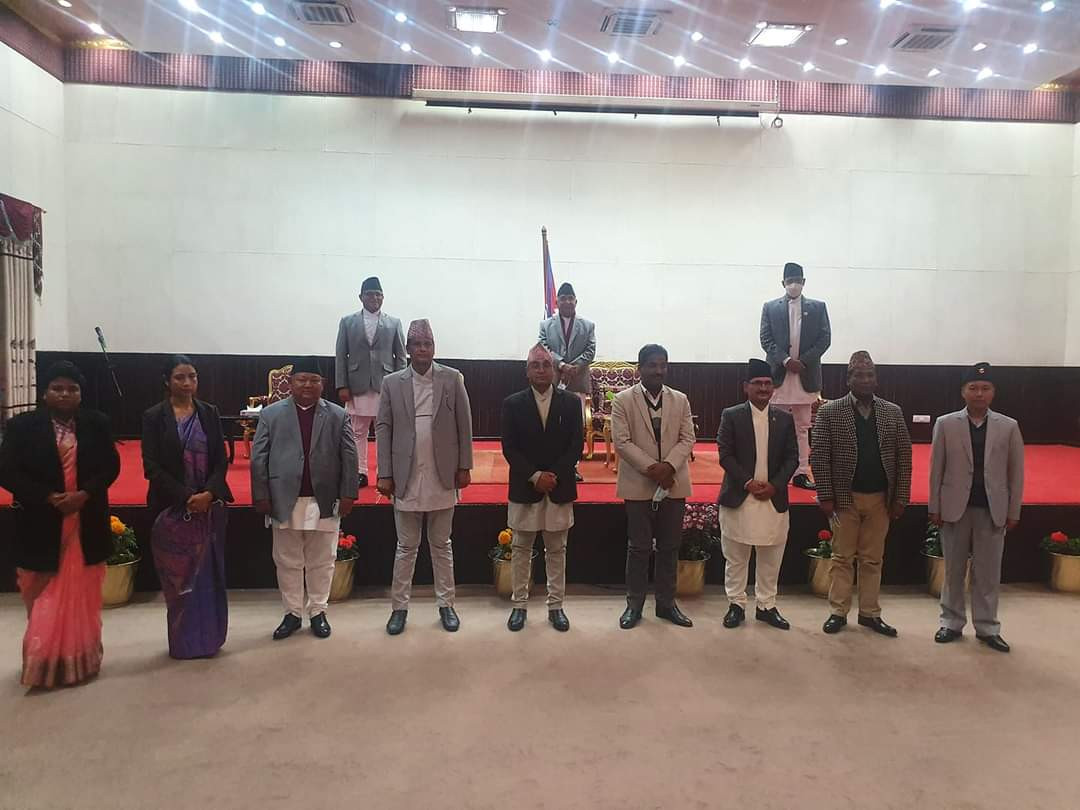 President Bidya Devi Bhandari administered oath of office and secrecy to the newly inducted ministers amidst a program at the Shital Niwas Friday evening.

Seven ministers from the faction of Pushpa Kamal Dahal and Madhav Kumar Nepal had resigned Sunday slamming what they called Oli’s unconstitutional and undemocratic move to dissolve the House. Oli has inducted new ministers to fill the vacant positions, and also shuffled responsibilities of a few existing ministers and fired two ministers.

Youth and Sports Minister Jagat Bishwokarma and Minister of State for Industry Moti Lal Dugar have been fired. 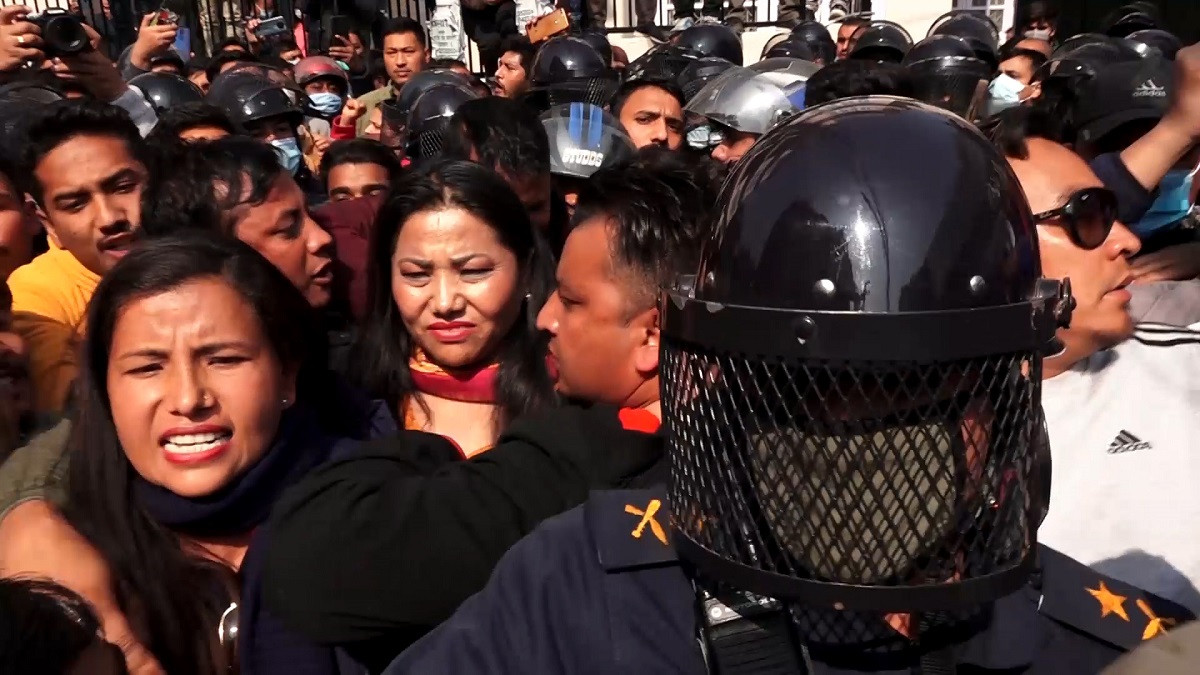 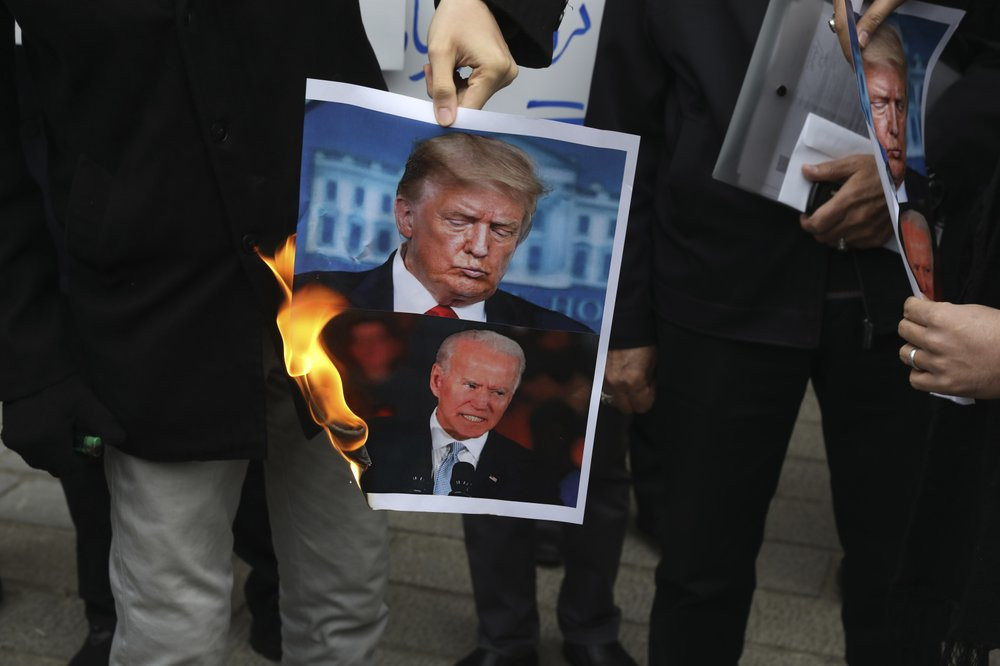 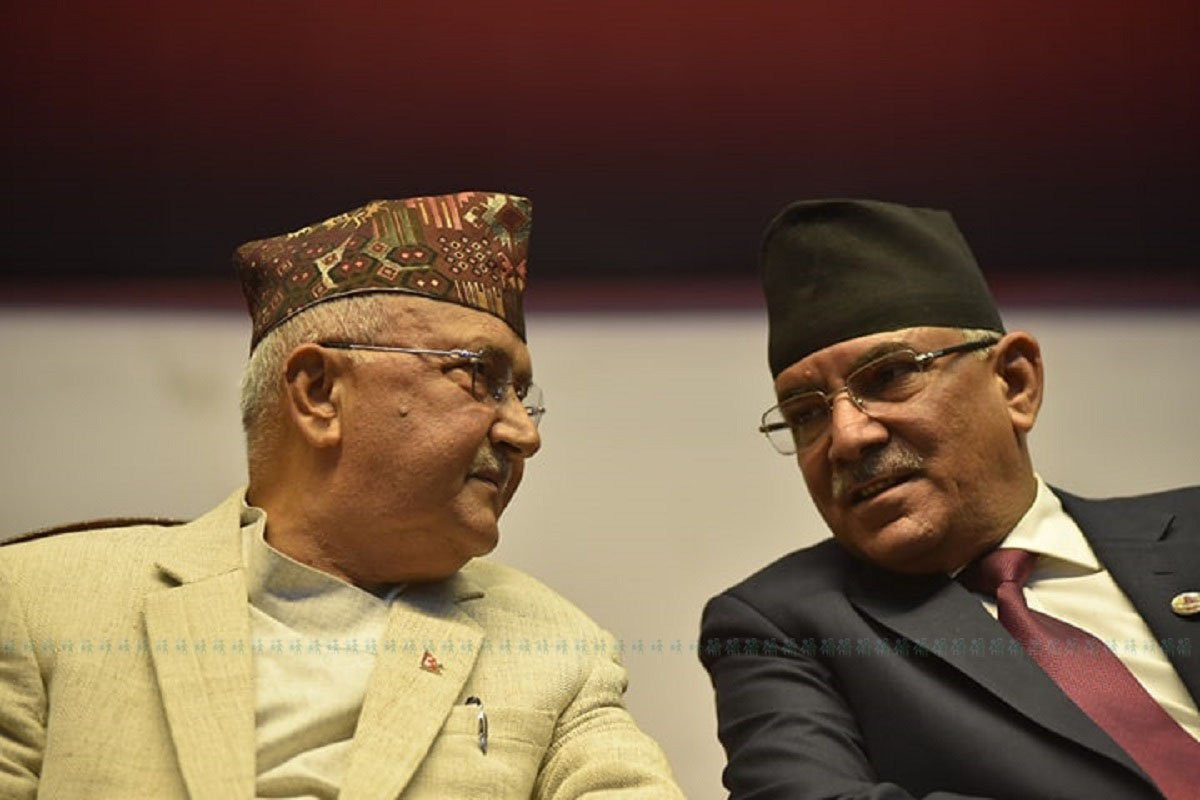